The Heartbeat of the Digital Generation; Millennial and Centennials

Home > Consumers  > The Heartbeat of the Digital Generation; Millennial and Centennials 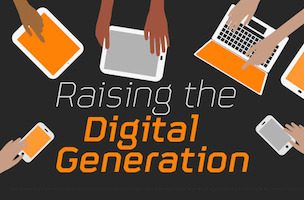 25 Aug The Heartbeat of the Digital Generation; Millennial and Centennials

Posted at 12:55h in Consumers by stream 0 Comments
0 Likes

Various names have been used to describe the different generations as the years run by in the world to better understand what their composition is and what makes them tick. Millennial and Centennials amongst other names for different generation has come to be used frequently lately because of their position in the global village today.

Millennial is usually used to refer to individuals who reached adulthood around the 21st century. The Millennial generation ranging in age from 18 to 33 are linked by social media, liberal in their believe which is evident in a range of social issues such as same-sex marriage, interracial marriage, marijuana legalization, D & C legislation amongst others. Growing up under the confident canopy of “follow your dreams”, they remained optimistic about the future and became the leading edge of this digital era. They are the most avid users of the internet, mobile technology as well as use social media to build networks of friends, colleagues and affinity groups. They generally share too much information about themselves online not forgetting to post a “selfie” (a photo taken of oneself) which according to the Oxford Dictionary was the “word of the year” in 2013.

The Millennial are the generation who witnessed and felt the pang of the deep recession from which it is yet to fully recover. The best-educated young adults, high rate of out-of-wedlock births, the list is endless about this generation. They are a diverse group with different views on important issues of their time as older and younger Millennial differ on many terms from the Centennials.

To comprehend the differences between the Millennial and the Centennials you must first understand the difference in the way their parents raised them. With parents of the millennial generation often acting like guardian angels who are protectors of their children in all their activities, emphasis was laid on safety, self-expression, and teamwork. Centennials, on the other hand, born in or after 1997, came of age in the heat of so much unrest in the various parts of the world and everyone has their life right in their hands. The parent of the centennial generation has tilted more from emphasizing self-esteem to promoting self-empowerment. Compared to the millennial generation ago, the parents of the centennials are teaching their children to be braver in their endaevours and pushing them to be bolder from a much younger age. More Centennials than Millennial make their own decisions by themselves without having to wait or rely on their parent.

Centennials grew up with a more practical view and ways of life. At their early young age they are forced to take charge of situations that Millennial dealt with in their early adulthood. Due to this fact, Centennials are savvier in tough periods when people are loosing it and success quite hard to come by. With their self-assurance, they are more enthusiastic, optimistic and care a little less about socials.

These two generations have caught the fancy of many market and social researchers. Millennial are the heartbeat of every research in every continent at the moment while the centennials are the future of research to come as solutions to many research problems lays right in the palm of these two generations. They are the face of technology and the key of the future yet to unfold.